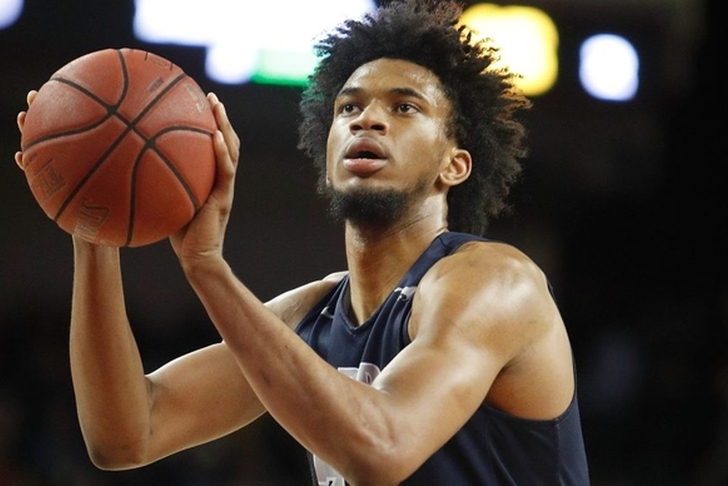 The UCLA Bruins have now entered the mix for Marvin Bagley III, the top overall recruit in the 2018 class, if he reclassifies to the 2017 class, according to ESPN's Paul Biancardi.

Bagley III may reclassify in order to play his college basketball this season, which would allow him to get to the NBA one year sooner. If he does join the 2017 class, he would jump both Michael Porter Jr. and Luka Doncic as the projected No. 1 pick in the 2018 NBA Draft.

His list had previously been trimmed to Arizona, Duke and USC if he were to reclassify. UCLA was one of a handful of schools Bagley is considering if he stays in the 2018 class, along with Kentucky and Kansas, but those last two schools are not currently on his list if he leaves high school early.

The Blue Devils and Trojans were in a "neck-and-neck showdown" for him, according to Jerry Meyer of 247sports, though his decision to make an extra visit to UCLA indicates they may have entered that short race.

UCLA's 2017 recruiting class ranks fourth in the country in 247sports' rankings with six total commits, including a pair of top 25 prospects in small forward Kris Wilkes and point guard Jaylen Hands. Bagley's commitment would likely push the class to No. 1 in the country.

At 6-foot-11 and 210 lbs., he is an extremely versatile forward who can handle the ball and attack the rim like a guard while having the rebounding and shot-blocking abilities of a true big man. Those skills, coupled with his fluid athleticism, make him a matchup nightmare. He averaged 25.8 points, 14.9 rebounds and 3.7 blocks per game in Nike's Elite Youth Basketball League in the spring.

Follow our UCLA Bruins news page for all the latest UCLA basketball news!