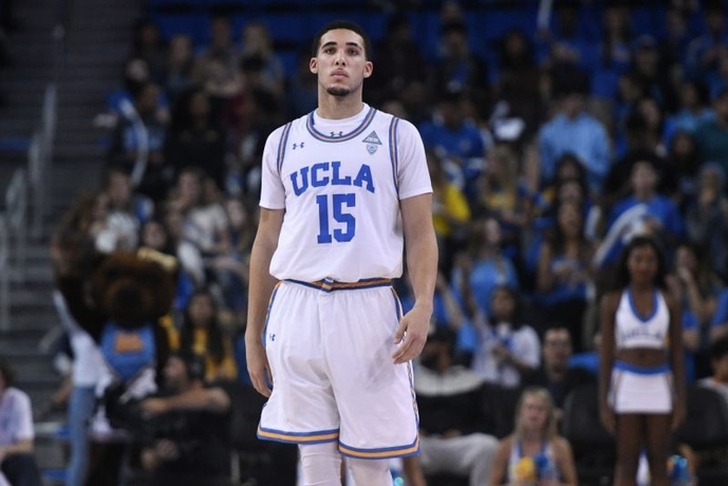 LiAngelo Ball's time with the UCLA Bruins is over before it ever really began. TMZ reports that Lavar Ball has pulled LiAngelo out of UCLA.

According to TMZ, Lavar Ball made the decision over the suspension that LiAngelo is currently serving because of his arrest for shoplifting in China. LiAngelo has yet to play in a game for UCLA because of the suspension. TMZ reports that the elder Ball believes the suspension is unfair because the charges were dropped and thinks "There's no need to break down a kid's spirit for making a mistake."

TMZ also reports that Ball has not yet officially withdrawn from UCLA but that he's at home and won't return. LiAngleo Ball might now elect to play for a different school.

LaVar Ball told ESPN he has pulled LiAngelo Ball from UCLA. "We are exploring other options with Gelo," LaVar said. "He's out of there."

Ball was arrested along with teammates Cody Riley and Jalen Hill during an overseas trip. The trio have not been permitted to travel or practice with the team during their suspension.

It's not the first time Lavar Ball has pulled a child out of school, as he pulled LaMelo out of high school to home-school him.