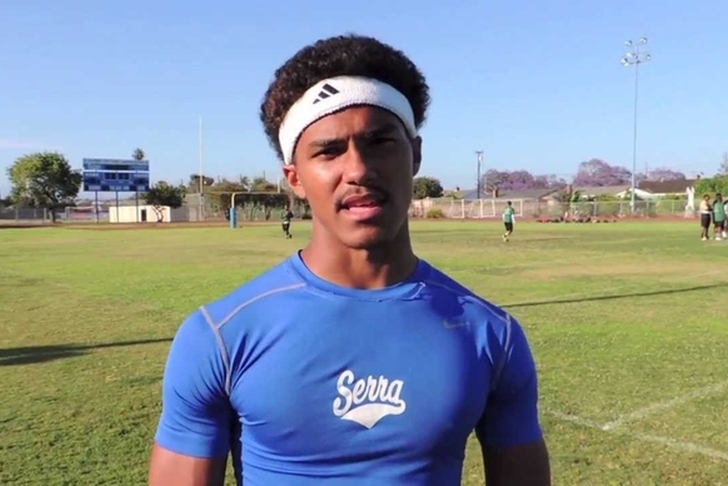 We're less than 24 hours out from National Signing Day, which means that head coach Jim Mora and the UCLA Bruins are tripling down on their recruiting efforts to finish off the 2016 cycle with a bang. With that in mind, we're here to provide the latest UCLA recruiting news from the afternoon/evening of January 2nd.

Ranked as the #6 safety in the Class of 2016 by 247Sports, Burton's list is down to USC and UCLA. Burton would be a huge for UCLA, both as a future building block for the secondary and as a near-miss for a Trojans team that's in dire need of secondary help. Get up-to-the-minute reaction on Burton's decision inside the Chat Sports Android and iPhone apps!

Rand To UCLA?
Currently a hard commit to Wisconsin, four-star defensive tackle Garrett Rand is thinking long and hard about flipping to UCLA before inking his name on National Signing Day.

According to a source cited by 247Sports' Evan Flood, recent rumors of a potential flip to Arizona State will ultimately be baseless as he's ruled out the Sun Devils -- leaving Wisconsin and UCLA on the table. UCLA seems to be an underdog here, especially since Rand has stuck out his commitment so long with the Badgers (since October 1st).

UCLA currently has the #14 overall class in the nation, per 247Sports, with 23 overall commits (8 four-stars, 15 three-stars). Landing Juaren and Tagaloa, along with a couple other undecideds, will undoubtedly vault UCLA into the top ten or higher. More UCLA recruiting news and rumors inside our Chat Sports iPhone and Android apps!