Here Are 3 Reasons Why UCLA Can Win The National Championship 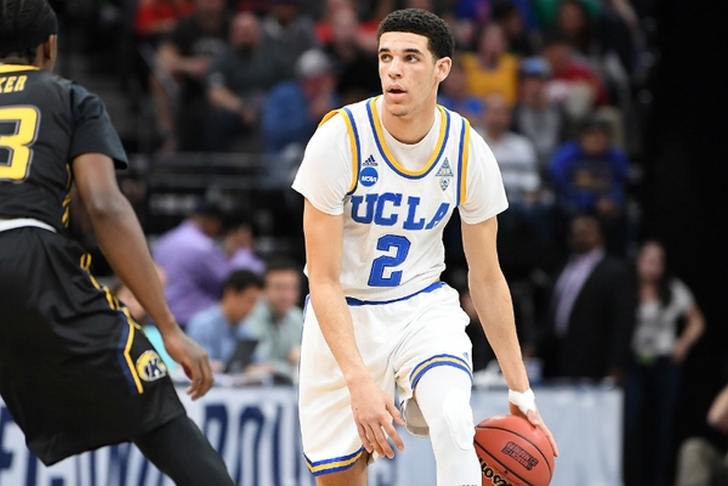 The UCLA Bruins are one of a handful of true championship contenders left in the NCAA Tournament. A late push gave them a win over Cincinnati to put them in the Sweet 16, and they have a huge matchup against Kentucky on deck. However, UCLA has their sights set on bigger and better things - successful seasons in LA are only measured by national championships.

We're going through all of those contenders and explaining why they have a good chance to be cutting down the nets in April. Here are three reasons why UCLA may be that team:

The Bruins aren't nearly as impressive when they have to play a slower tempo, half-court game, but there aren't any of those teams left in their region. Both Kentucky and North Carolina (their projected opponent should they make the Elite 8) play up-tempo styles, and no one does that better than UCLA.

2) Improving defense
As good as the Bruins are on offense, they were just as bad on defense earlier in the year. They predicated their success on simply being able to outscore their opponents, but they realized in the middle of the season that was not going to work. So, head coach Steve Alford put in a 3-2 zone to hide their man-to-man deficiencies. It hasn't turned UCLA into anything resembling a defensive team, but it has stopped the bleeding.

1) Lonzo Ball. Lonzo Ball. Did we mention Lonzo Ball?
The biggest reason why UCLA can win a championship? They have the best player - and best clutch player - in the country in Lonzo Ball. After trailing Cincinnati at halftime in the second round, Ball put up 11 points and nine assists in the second half alone to lead the Bruins to a double-digit win. He has tremendous feel and is always in control of the game, even when he's not scoring. Ball simply makes the right plays at the right time - which is why he may be the No. 1 overall pick in this summer's NBA Draft.

Follow our UCLA Bruins news page for all the latest UCLA basketball news!