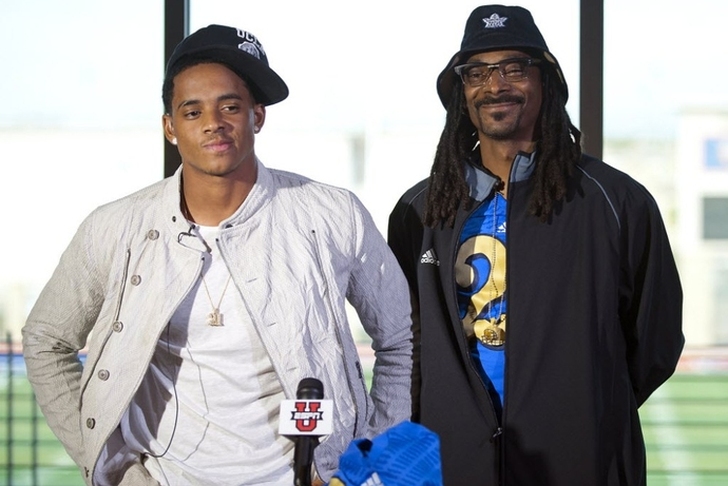 Cordell Broadus, the son of rapper Snoop Dogg, has decided to quit football ahead of what would've been his freshman season with the UCLA Bruins, according to Scout.com.

Broadus was a four-star wide receiver prospect that commited to the Bruins on National Signing Day amidst much fan fare, but had yet to report to UCLA’s fall camp in San Bernardino, which started Monday. According to Scout.com, he has not contacted UCLA's coaching staff since camp started.

Broadus was admitted to UCLA and attended the school's summer session, meaning that he'll continue to be enrolled and attend classes at the school.

Scout.com's report cite sources that say the decision was about Broadus "wanting to do his own thing," since his father had been the one pushing him to play football.

Follow our UCLA Bruins team page for all the latest UCLA football news and rumors!