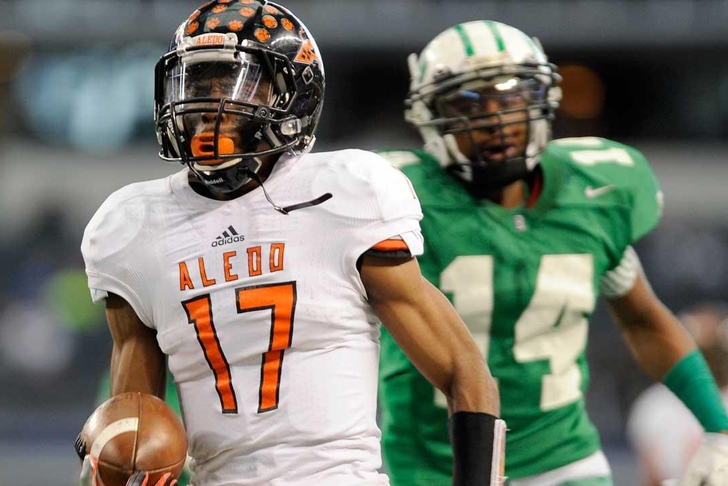 Newsome chose the Bruins in a head-to-head battle with the in-state Texas Longhorns, also declining offers from an impressive array of interested programs including the Tennessee Volunteers, Oklahoma Sooners, and Ole Miss Rebels.

During his senior season at Aledo, Newsome caught 54 passes for 1,073 yards and 12 touchdowns, along with rushing for 470 yards and seven touchdowns on a scant 57 carries. He also proved his versatility by return two punts for touchdowns (making nine return touchdowns on his career), as he played a pivotal role in bringing back-to-back state titles to Aledo during his junior and senior seasons.

Newsome is officially the sixteenth commitment in what looks to be one of the most impressive UCLA recruiting classes in quite some time. If all remains on course, he'll sign with the program on February 4th's National Signing Day.