Report: Brett Hundley To Start For Bruins On Thursday 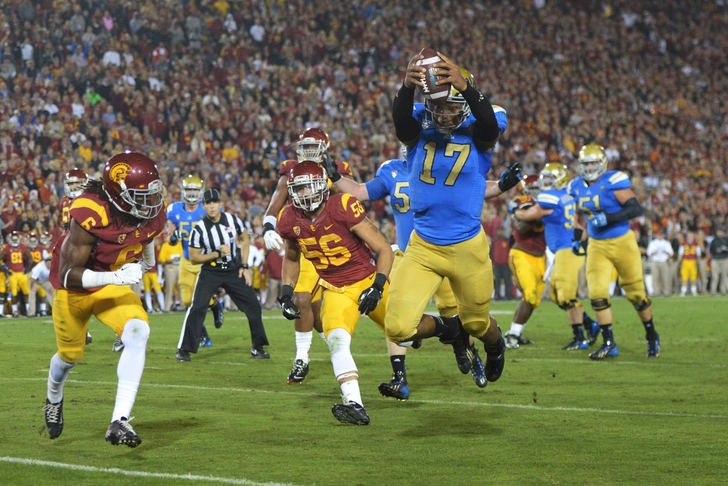 Quarterback (and Heisman hopeful) Brett Hundley is listed as the UCLA Bruins' starting signal caller against Arizona State on Thursday:

Brett Hundley listed as the starter for @UCLAFootball tonight.

Hundley was injured two weeks ago in Arlington, Texas against the Texas Longhorns and the program had remained mums on his status for Thursday's game ever since he was replaced by Jerry Neuheisel on the field in that game.

However, Hundley had practiced all week, despite the lack of information coming from head coach Jim Mora and his staff. This doesn't mean that Mora won't go back to Neuheisel if Hundley gets roughed up a bit by the Sun Devils on Thursday.

Neuheisel impressed in relief of Hundley against the Longhorns, and he has shown himself perfectly capable of running the team's offense in Hundley's stead.