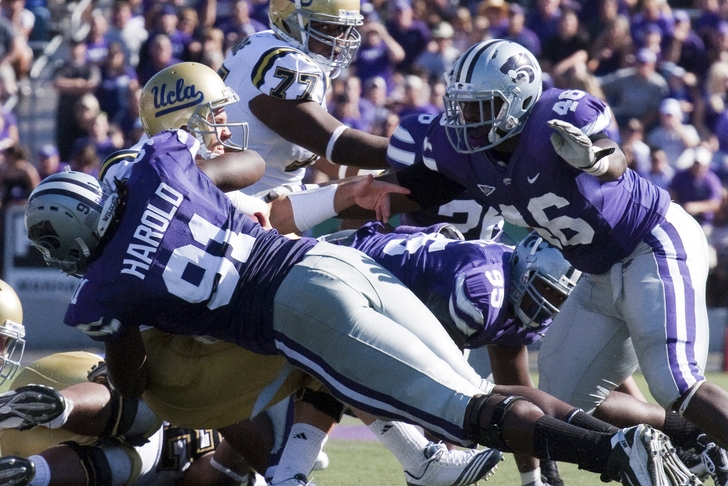 The UCLA Bruins are set to face off against the Kansas State Wildcats in the Alamo Bowl, according to multiple reports.

UCLA (9-3) started the season as a national championship contender, but dropped in the rankings after consecutive losses to Utah and Oregon. The Bruins then went on a five-game winning streak to put themselves back in playoff contention, then lost to Stanford in their final game of the season. This will be the first Alamo Bowl that UCLA has ever played in.

Kansas State (9-3) exceeded expectations again this season, finished third in the Big 12 behind Baylor and TCU. The Wildcats only losses came against the Bears, Horned Frogs, and Auburn, which has kept them in the top 15 in the country. This will be K-State's second trip to the Alamo Bowl, with the first coming in 1998.

Kickoff is set for 6:45 p.m. ET on Friday, January 2 at the Alamodome in San Antonio, Texas.