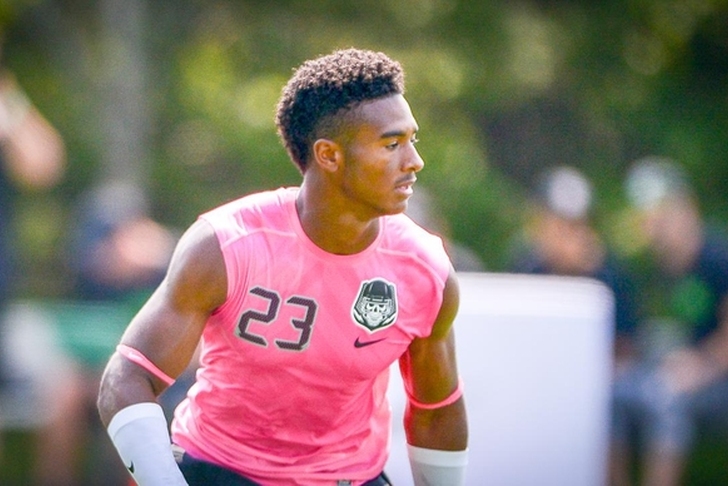 Four-star OLB/WR Aaron Hansford was one of the most hotly-contested prospects of the late 2016 recruiting cycle, with several top programs making late plays at him. Ultimately, it is the Texas A&M Aggies who picked up his commitment on Wednesday over UCLA and others.

One of the most versatile athletes in the Class of 2016, Hansford has the speed and hands to be a top-level wide receiver, along with the explosiveness and field awareness to play linebacker at the next level. He's primarily been recruiting as an outside linebacker, ranking as the #12 OLB in the class per 247Sports.

Hansford reportedly narrowed his list to two days before his announcement, with UCLA and Texas A&M vying for his pledge. He also took official visits to Oregon, Michigan State and Notre Dame.

Meet the newest member of the Bruins with this highlight reel, courtesy of MaxPreps: