3 Things We Learned From UCLA's 56-23 Win Over Arizona 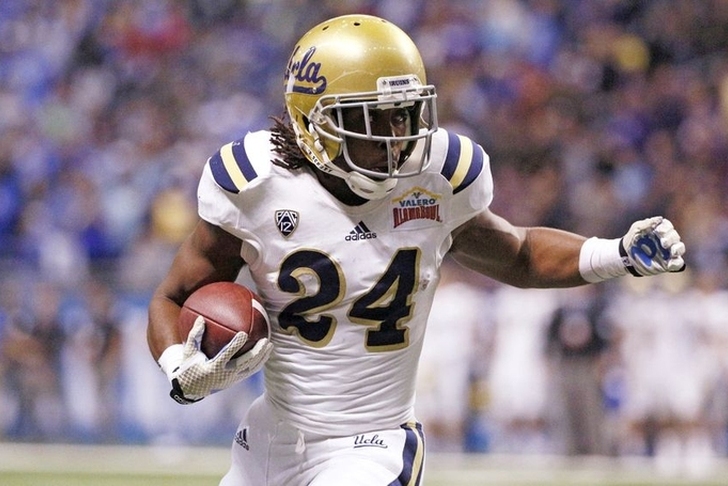 The #9 UCLA Bruins went into the desert and obliterated the #16 Arizona Wildcats on Saturday night by a count of 56-23. What did we learn from this absolute torching in the desert? Here's 3 things at the forefront of our minds.

Josh Rosen, take a bow. The freshman sensation did exactly what he needed to do all night long, going 19-for-28 for 284 yards and two touchdowns in #9 UCLA's road blowout. RB Paul Perkins wasn't far behind on the impressive meter (if at all), rushing for three touchdowns while constantly and consistently demoralizing the Arizona D in short yardage situations.

Is there a more effective (and electric) offensive duo in college football right now when things are going right? Others may pad the stats with more regularity, but we'd take Rosen/Perkins over the vast majority of QB/RB duos out there.

This is the same Arizona defense who gave up 32 points to UTSA. 32 POINTS to a FCS bottom-feeder! The Wildcats were easily one of the most eyebrow-raising 3-0 teams heading into this week, with wins over UTSA, Nevada and Northern Arizona inducing little more than a yawn.

Tonight was Arizona's big chance to prove they belong as legit College Football Playoff contenders, and they failed miserably. At least the defense did. They can still come back in the Pac-12 South, but who's really buying that as a possibility right about now?

3. UCLA Is The Most Complete Team In The Pac-12

You want clutch defense? UCLA can provide that. You want a young quarterback who has been drawing the magic "Peyton Manning" comparisons with every beautiful teardrop throw he completes? UCLA has that. You want an all-world running back who can both control clock and punch it in when it counts?

Oregon and USC got all of the publicity before this season started, with 90-95% of college football experts handing them a Pac-12 title game matchup on paper.  That's why we play the games. UCLA has everything you'd want in an entertaining College Football Playoff team, including a massive road win over a fellow Pac-12 power to go on their resume.