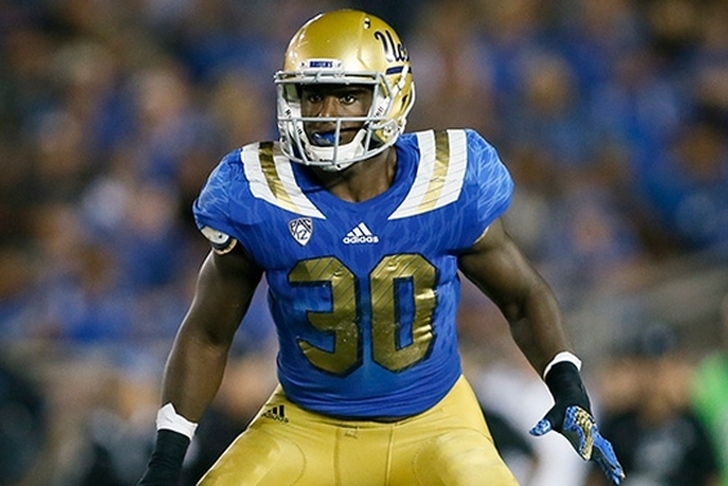 Former UCLA Bruins linebacker Myles Jack was expected to be a top 10 pick in the NFL Draft, but ended up falling out of the first round entirely over concerns about his injured knee. However, that leaves him as the top prospect remaining on almost every team's draft board. Here are the three teams most likely to draft him int he second round tonight:

Cleveland Browns
Cleveland has the top pick in the second round and are in serious need of playmakers on both sides of the ball, making Jack a logical choice - if they keep the pick. The Browns are currently trying to trade the pick to move back in the second round, but if they don't find a deal they like, they'd be more than happy to pick Jack.

Dallas Cowboys
Dallas is trying to trade with the Browns for that pick, and Jack makes perfect sense for a team looking to upgrade their defense. He also has the star power and talent that owner Jerry Jones loves. However, the Cowboys also have interest in Clemson defensive end Kevin Dodd, so they might be trying to make that trade to get him.

Tennessee Titans
The Titans are sitting with the second pick in the second round, and if Dallas does make the trade and picks Dodd, Tennessee will jump all over the chance to take Jack. They need to upgrade their talent all over the field, and they won't pass on the opportunity to get a player who was projected to go in the top 5 before his injury.