3 Reasons Why UCLA Is GUARANTEED To Beat Stanford 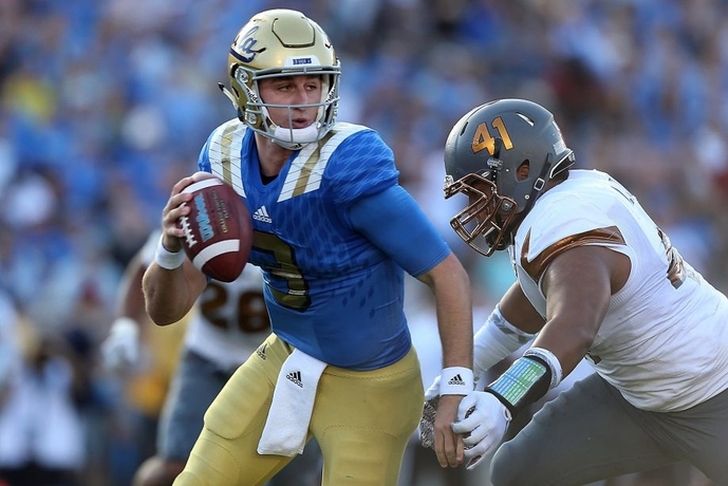 The UCLA Bruins and Stanford Cardinal are set to square off on Thursday night in a matchup of top 20 Pac-12 contenders, with the winner of this game putting themselves back into the College Football Playoff discussion while the loser is essentially is eliminated from national championship contention. Here are three reasons why UCLA will pull off the victory at Stanford:

UCLA is 3-0 in Thursday night regular season games since Jim Mora took over as head coach in 2012, including a 62-27 beatdown on the road at Arizona State last season. Like that Sun Devils, Stanford is ranked No. 15 in the country, so the Bruins have shown the ability to have a large amount of success against good teams in these primetime games. Expect that same thing to happen tomorrow.

Stanford quarterback Kevin Hogan is an anomaly throughout his entire career as he's never able to consistently play great - he always has games where he can't seem to connect with any of his receivers. Those inconsistencies caused Stanford to lose to Northwestern in their season opener, but he's been a dominant player since then.

However, Hogan has never gone three straight games without throwing an interception, and he's thrown just one in the past four games. He's due to a turnover-filled game.

UCLA's freshman quarterback has suffered his share of struggles this season - but he's also had games where he's lived up to his billing as "the next Peyton Manning." He is a coach's dream -- big arm, innate instincts, and an outsized drive to compete that makes everyone around him better. Overall, Rosen has been better than advertised, throwing for 1,244 yards and nince touchdowns with five interception while completing over 60 percent of his passes.