3 Reasons Why UCLA Is GUARANTEED To Beat Arizona 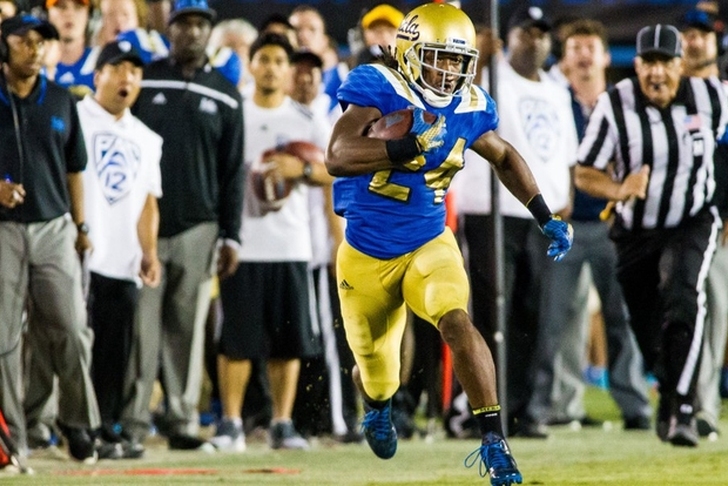 One of the better college football matchups this week features a battle of undefeated Pac-12 South teams. The UCLA Bruins hit the road to face the Arizona Wildcats, but only one team will be able to walk away with a win. Here are three reasons why UCLA is guaranteed to beat Arizona.

UCLA Has A Better Defense

Make no mistake, the loss of Myles Jack hurts. UCLA is down several key contributors, but there is still talent on the defensive side of the ball. While Arizona could get Scooby Wright back, the Wildcats' defense simply isn't as good as UCLA's. Rich Rodriguez hasn't been known for having great defenses and he'll be at a disadvantage this week. The Wildcats will get their points, but they'll have issues stopping the Bruin from getting theirs.

This is Arizona's first real challenge. UCLA has already played Virginia and a ranked team in BYU. That experience will be a big benefit for the Bruins. Playing teams like UVA and BYU makes a team better than playing UTSA and Northern Arizona.

Perkins has gotten better each week and that's partially why he's garnering Heisman attention. He's a feature back who has made life easier on freshman QB Josh Rosen. Expect a heavy dose of Perkins against Arizona. The Wildcats are going to have problems stopping him and he could have a monster game. Perkins will allow UCLA to control the clock and he'll carry them to a win.