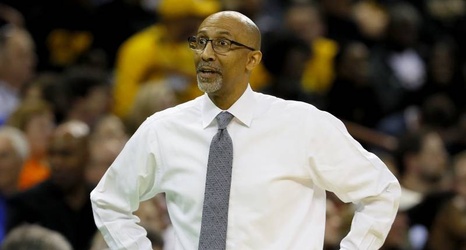 The NCAA Division I men's basketball tournament is always full of memorable moments, but often overlooked is the agony of defeat.

This was exemplified in the UCF locker room after the team's 77-76 loss to Duke Sunday. Head coach Johnny Dawkins gave an emotional speech to his team after the game while his players were mostly in tears:

“We end in tears...that’s because we’ve invested so much in each other. I love you guys. It’s been amazing coaching this group.” -@Coach_Dawkins https://t.co/B58DbNZzWO

The Knights had an opportunity to knock off the tournament's No.