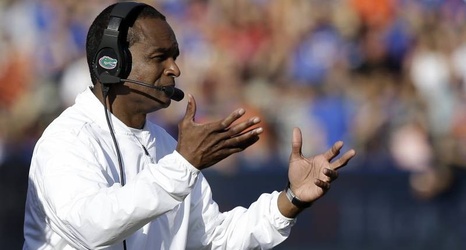 UCF defensive coordinator Randy Shannon isn't a fan of the recent trend of players skipping bowl games to prepare for the NFL draft.

According to ESPN.com's Josh Weinfuss, Shannon questioned if players who sit out bowl games will have the desire to play hard when things aren't going well in the NFL: "My opinion, it probably will fester more and more in college. And then now the NFL is going to have to make a decision. If you draft a young man that leaves early and now you're not a playoff team, that young man [is] going to say, 'I'm not going to play.