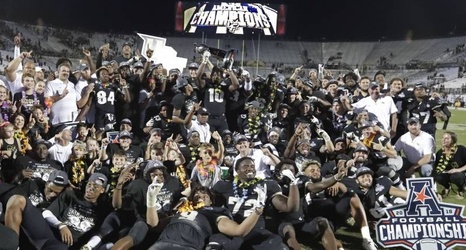 The UCF Knights have been left out of the College Football Playoff the last two seasons despite going 25-0 during that span, and that has led Central Florida athletic director Danny White to criticize the system.

According to the Orlando Sentinel's Mike Bianchi, White reached out to University of Florida athletic director Scott Stricklin in hopes of scheduling games against the Gators as the Knights look to find a way fix a "broken" system:

"...Requiring non-autonomy 5 schools to have to settle for inequitable scheduling seems like an unfair business practice and something we should all address at a high level.