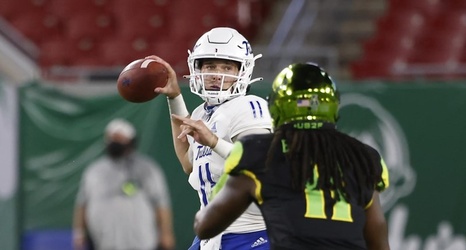 NEW ORLEANS, La. –– Tulsa quarterback Zach Smith was named one of eight "Stars of the Week" for The Manning Award, sponsored by the Allstate Sugar Bowl.

College football fans can go to the Allstate Sugar Bowl Facebook page to vote for what they think was the best quarterback performance from this past weekend. When voting closes on Thursday at 11 a.m. (Central), the top vote-getter will be announced as the Manning Award Quarterback of the Week.