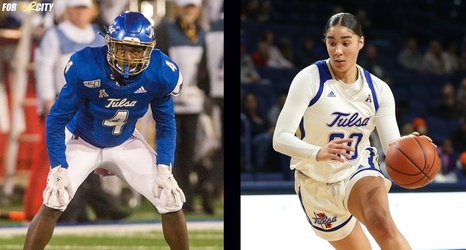 TULSA, Okla. –– The University of Tulsa women's basketball star Kendrian Elliott and football student-athlete Robert Revels III were among 47 collegiate student-athletes selected as recipients of the 2019-20 Academic Momentum Award, it was announced today by The Scholar Baller program in conjunction with the Institute for Sports and Social Justice (ISSJ).

Elliott and Revels III were first-team selections as both student-athletes majored in organizational studies. Each graduated earlier this month, but Revels III will return for his final season of football eligibility.