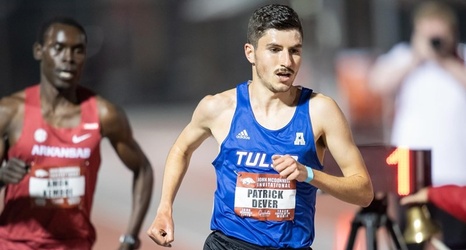 Dever turned in a time of 13:58.16, just 15.46 seconds behind Iowa State's Wesley Kiptoo in first place. Dever's time was 30.08 seconds behind his personal best set earlier this season at the John McDonnell Invite. Isaac Akers was 27th in the same event with a time of 14:23.