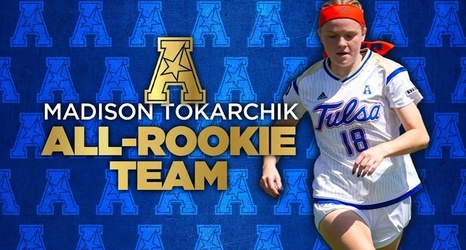 Tulsa freshman Madison Tokarchik was named to the American Athletic Conference All-Rookie Team, as announced today by the league office.

Tokarchik, a defender from Tulsa, Okla., started in all eight games. She scored the game-winning goal against Arkansas Pine Bluff, and added an assist against the Golden Lions and UCF. As a defender, Tokarchik also helped record a shutout over UAPB, while attempting six shots on the season, five of which were on goal.

Tokarchik is TU's eighth all-rookie selection in The American.