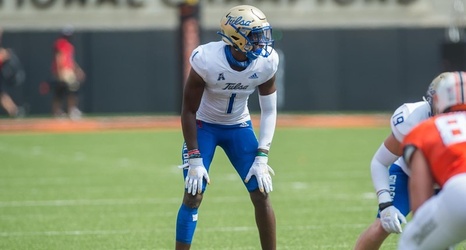 Ray, a 6'4" sophomore from Brenham, Texas, led a Tulsa defense that forced three turnovers against the ECU Pirates on Saturday. Ray totaled a team-high 9 tackles, including 7 solos, and had 2 pass breakups in Tulsa's 34-30 comeback victory.