Tulsa to Take on Texas A&M in NCAA First Round 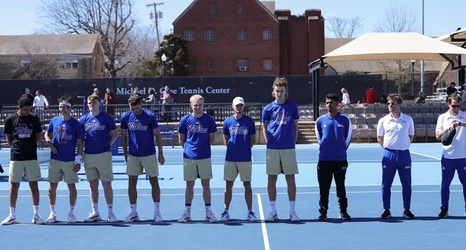 TULSA, Okla. u2015 After being selected to the NCAA Division I Men's Tennis Championship for the 19th time in school history, the Tulsa men's tennis team is set to take on No. 25 Texas A&M in the first round at 3 p.m. in Waco, Texas.

Tulsa, who checked in at No. 44 in yesterday's ITA rankings, is coming off a 15-11 record this season, and an appearance in the American Athletic Conference Championship Semifinals. The Hurricane racked up five ranked wins this season, including three wins over top-35 teams in No. 17 Middle Tennessee State, No.