Rick Dickson to Continue as Tulsa’s Director of Athletics 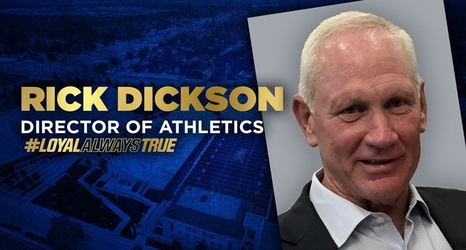 TULSA, Okla. –– Rick Dickson has agreed to a three-year contract to serve as The University of Tulsa's Vice President & Director of Athletics, the University announced today.

Dickson, a native Tulsan and TU graduate, returned to his alma mater last September to lead the athletics department, serving as interim director. In February, the interim tag was removed from Dickson's title. He previously served as the school's Athletic Director from 1990 to 1994.

"Everyone knew Rick would be an outstanding athletic director when we welcomed him back to Tulsa in 2020," said TU President Brad Carson.