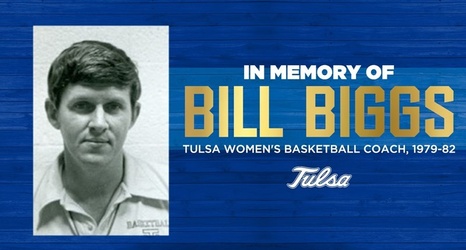 TULSA, Okla. –– Former University of Tulsa Basketball Coach Bill Biggs, who coached the Golden Hurricane women's basketball teams from 1979 thru 1982, passed away Sunday after an eight-year battle with Parkinson's Disease at the age of 74.

In the early stages of the Tulsa women's program, Biggs coached for three seasons. He coached Tulsa to two seven-win campaigns after Hurricane teams won just a total of nine games in three years before his arrival.