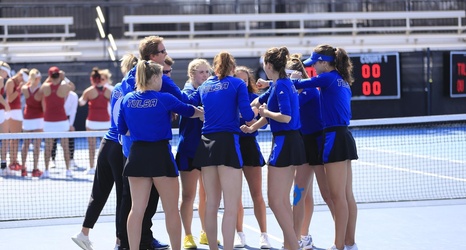 The Tulsa women's tennis team finished the 2020-21 season with a 15-7 record and a final ITA ranking of No. 46 nationally. The season included a 4-3 win over #32-ranked Texas Tech and an appearance in the championship match of the American Athletic Conference Tournament for the fifth time in the last six seasons, finishing as the league's runner-up.

The No. 1 doubles team of seniors Martina Okalova and Vera Ploner ended the campaign with an overall 16-4 record and an appearance at the NCAA Championship.