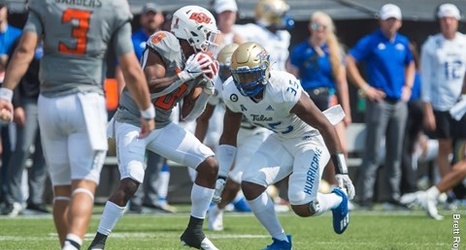 Burnett, a 6'1", 223-pound linebacker, has suffered two ACL injuries since joining The University of Tulsa football team from Navarro Junior College in 2018. He suffered his first ACL injury to his right knee during the 2018 preseason camp. Last summer, Burnett tore his left ACL forcing him to miss his second season in three seasons.

In three games this season, Burnett has totaled 18 tackles to rank second on the team.