The evolution of 76ers rookie Matisse Thybulle has begun 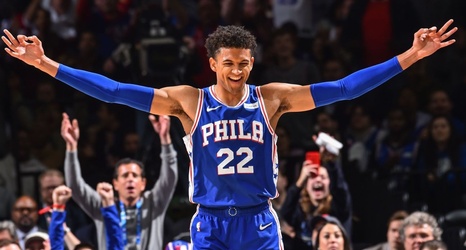 It was an early-November night in Denver, and the Philadelphia 76ers rookie guard was on the bench as the Nuggets scored 35 points in the fourth quarter of a matchup of NBA championship contenders. He remained glued to the bench, picking up his first DNP-CD eight games into his young career, as Philadelphia suffered its third consecutive loss.

Thybulle arrived in the NBA as a premier defensive prospect. But mistakes at that end, coupled with poor shooting -- he was a ghastly 24.2% from the field and 23.