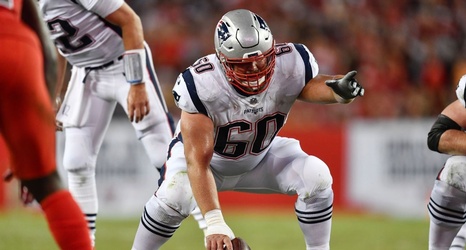 Andrews has been the team's starter in the middle of the offensive line since 2016 and was named a team captain the following season. Andrews joined the Patriots as an undrafted free agent in 2015, when he split time at center with Bryan Stork.

The news was first reported by The Athletic.

Reserve offensive lineman Ted Karras would be next in line to start at center for New England, barring further moves.