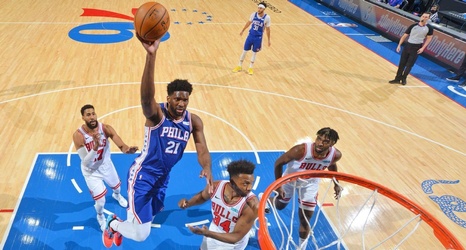 In a season full of dominant performances for Philadelphia 76ers center Joel Embiid, none have been more dominant than the display he put forth Friday night against the Chicago Bulls.

Embiid finished with a career-high 50 points to go along with 17 rebounds, five assists, two steals, four blocks and just two turnovers in 35 minutes, as Philadelphia held off visiting Chicago to claim a 112-103 victory that pushed it to 20-10 on the season.

"We had to pull it off," Embiid told ESPN's Cassidy Hubbarth afterward. "If I am who I think I am, I've got to get the job done.