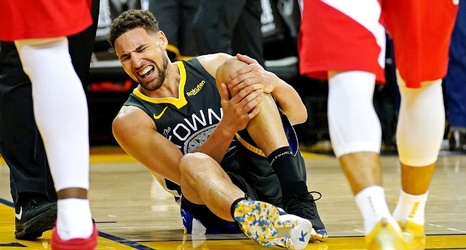 Thompson was hurt with 2 minutes, 22 seconds left in the third quarter after he went up for a breakaway dunk and was fouled by Toronto Raptors guard Danny Green with Golden State leading 83-80. Thompson came down hard and immediately grabbed the knee while writhing on the floor in pain.

The Warriors ruled Thompson out for the rest of the game, and he left the building on crutches, much the same way Kevin Durant did after rupturing an Achilles tendon in Game 5.