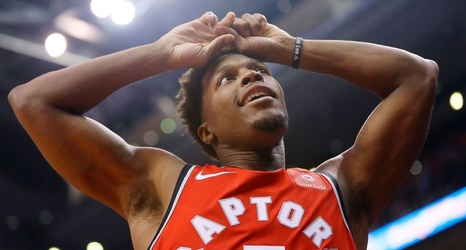 TORONTO -- KYLE LOWRY'S path to becoming the starting point guard for a team in the NBA Finals could best be described as a happy accident.

When he joined the Toronto Raptors in a trade with the Houston Rockets in July 2012, he was forced to compete with Jose Calderon for minutes before eventually beating out the Spaniard when he was traded. A year later, a different trade -- one that didn't happen -- would've seen him wind up with the New York Knicks, only for them to scuttle the deal at the last minute after it was all but done.