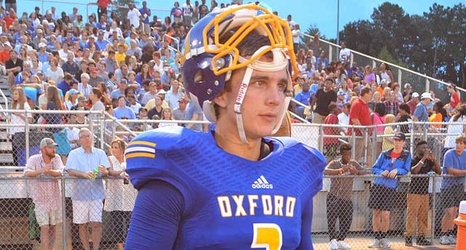 Jack Abraham was 22-40 for over 320 yards and a touchdown in Oxford's opening season game against 6A Southaven Friday. They won the contest 35-0 but their three-star signal caller knew they did not play their best game.

"It was a tough first half," Abraham said right after the game. "We kind of got together at half-time and told ourselves we don't like this. We are a lot better than this, so. Second half was a little better, but we have a lot of room to improve."

A lot was said at half to rally the troops.