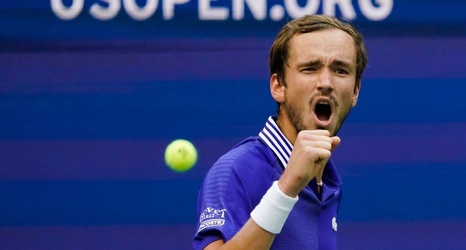 NEW YORK -- Daniil Medvedev was a point from finding himself tied at a set apiece in his US Open semifinal against Felix Auger-Aliassime.

The No. 2-seeded Medvedev surged out of that tight spot, beat a mistake-prone Auger-Aliassime 6-4, 7-5, 6-2 on Friday and now is headed to his third Grand Slam final.

"A strange match, a little bit, in the second set, where I think everybody felt like it's going to be one-set-all, and you never know where the match is going to go,'' said Medvedev, who trailed 5-2 in the second.