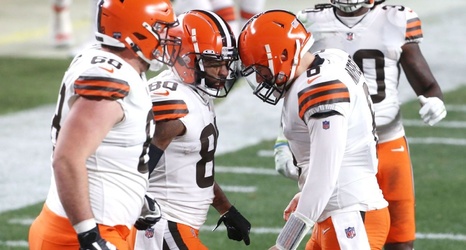 The Cleveland Browns have been dreaming 26 years for a night like this.

Cleveland jumped to a stunning 28-0 first-quarter lead Sunday in Pittsburgh, then held on to beat the Steelers 48-37 for its first playoff victory since 1994.

One week after ending the NFL's longest playoff drought, the Browns also snapped a 17-game losing streak at Heinz Field, which was the third-longest road losing streak to a single opponent in league history.

Cleveland will face the top-seeded Chiefs in Kansas City in the AFC divisional round next Sunday.