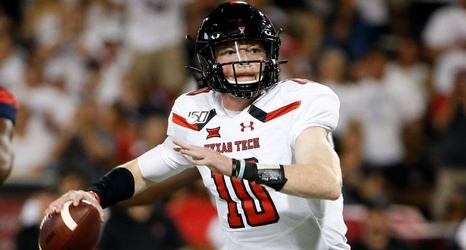 Michigan's offense is adding a veteran presence at quarterback in Texas Tech transfer Alan Bowman, who announced his decision to commit to the Wolverines on Sunday.

Bowman entered the transfer portal on January 25, and is a graduate transfer, so he will be eligible immediately for Michigan. He threw for 1,602 yards, 10 touchdowns and seven interceptions last season for Texas Tech and brings three years of experience to the table.

The Wolverines saw quarterback Joe Milton enter the transfer portal on February 18, after Dylan McCaffrey entered the portal on January 21. That left Michigan with only Cade McNamara, who threw for 425 yards and five touchdowns last season, and incoming freshman, J.