Will Choloh Named to PFF National Team of the Week 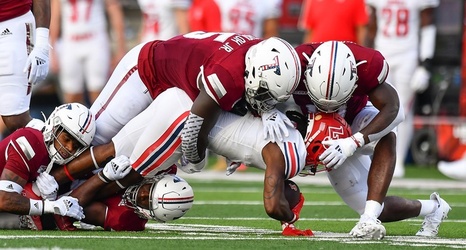 TROY, Ala. – Coming off a historic game against Liberty, Troy junior defensive tackle Will Choloh was named to the Pro Football Focus National Team of the Week. Choloh recorded eight tackles, 2.5 sacks and four tackles for loss against the Flames on Saturday.

Choloh became just the third Troy player since 2000 to record at least 2.5 sacks, eight tackles and four tackles for loss in a single game. Additionally, he is just the fourth player nationally since the start of the 2019 season to do so and fourth in the Sun Belt since 2011.