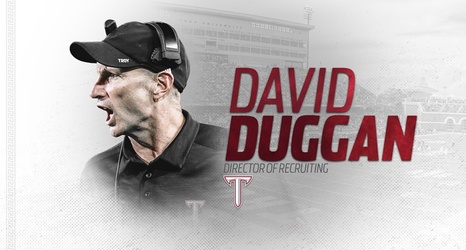 TROY, Ala. – One of the most respected coaches in the country, David Duggan has been named Troy's director of recruiting, head coach Chip Lindsey announced Wednesday.

Duggan joins the Troy staff following a two-year run as the defensive coordinator at Arkansas State which included a stint as the Red Wolves' interim head coach during the 2019 season. He has also had stops at Western Michigan, Southern Miss and North Carolina in addition to six seasons with NFL Europe.

"David Duggan will be a tremendous asset to our football program," Lindsey said.