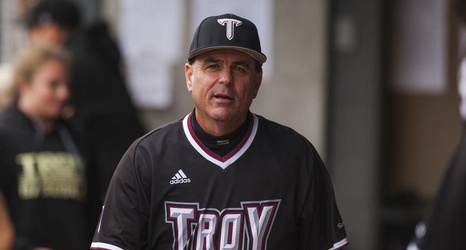 The Mark Smartt era as Troy head baseball coach has come to an end.

Troy and Smartt announced a mutual decision Monday afternoon that Smartt is stepping down as the Trojans head coach, according to Troy University press release.

Smartt guided the Trojans for six seasons, amassing a 172-135 record, including a 27-26 record this past season when Troy finished tied for third in the Sun Belt Conference. His coaching tenure was highlighted by a NCAA Regional appearance in 2018.

Smartt, who has been part of Troy baseball as a player and coach for 21 seasons, will remain at the school as special advisor to the athletics director.