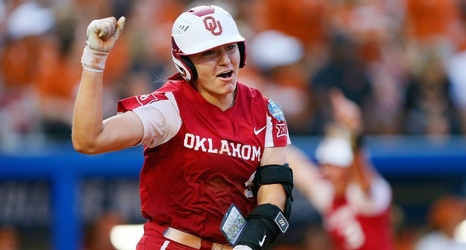 The Sooners have now won six Women's College World Series under head coach Patty Gasso, including four of the past seven. The 2020 postseason was canceled because of COVID-19.

Oklahoma set a record with 17 home runs during the WCWS, breaking the mark of 15 it set last season.

It also set a record for total runs scored during the WCWS with 64.