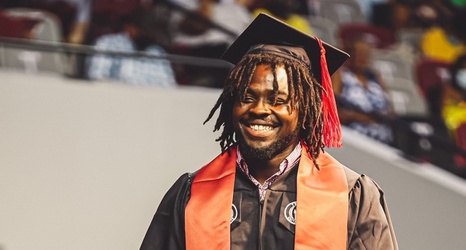 Alabama Attorney General Steve Marshall provided the keynote address at Friday's commencement exercises. Marshall is the state's 48th attorney general, having been appointed to the position in 2017 by then-Gov. Robert Bentley. Prior to his appointment, he served as Marshall County District Attorney since 2001.