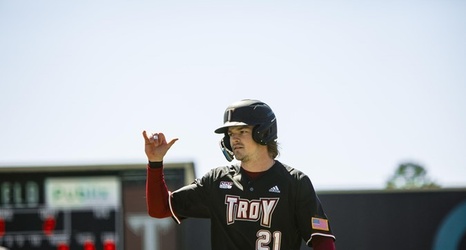 TROY, Ala. – For the second time in his career, Rigsby Mosley has received All-Sun Belt Second Team honors for his performance during the 2022 season, the league office announced Monday.

Mosley, who was selected to his first All-Sun Belt Team back in 2018 as an outfielder, is honored this season for his stellar play both in the outfield and on the mound.

"Rigsby making the all-conference team as a utility player is one of the prouder moments for me as a coach," head coach Skylar Meade said. "To be an all-conference and all-American player, then to become one of the best pitchers in the Sun Belt in just three months of work is truly incredible.