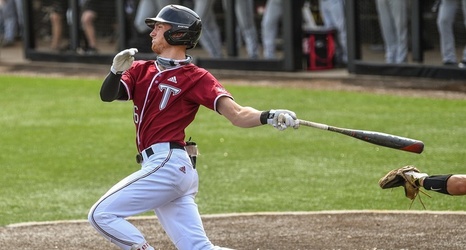 Cerny, who earned All-Sun Belt First Team honors, batted at a .332 clip for the season with 17 doubles, four triples, 15 home runs and 47 RBIs. The Lawrenceville, Ga., native finished the year with a 1.118 OPS and led the Sun Belt Conference in slugging percentage, doubles and triples while ranking second in home runs and total bases.

His offensive attack was well-balanced as he ranked seventh in batting average, fourth in on-base percentage (.