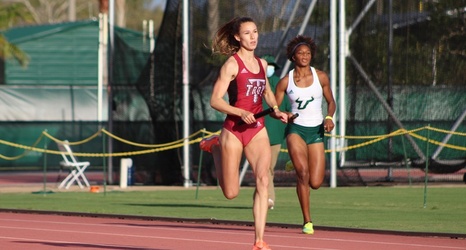 Finch finished seventh in the third semifinal heat with a time of 2:06.90, which ranks as her fourth-best time of the year. She was just .01 of a second behind Florida's Gabrielle Wilkinson at the 400m split, Wilkinson would go on to win the heat and qualify for Saturday's championship race.

Thursday's race caps an illustrious career for Finch in which she won seven Sun Belt gold medals, was named the 2020 Troy Female Athlete of the Year, is the school record holder in the 800m and qualified for this year's NCAA Championship.