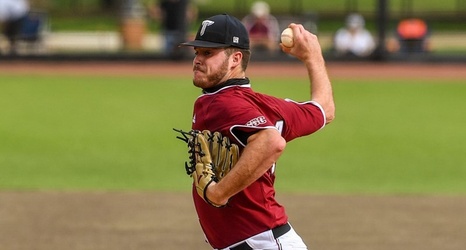 TROY, Ala. – Freshman right-hander Garrett Gainous joined an illustrious group in Troy baseball as he was named to the Collegiate Baseball Freshman All-America Team, the publication announced Wednesday.

Gainous becomes the 60th All-American in program history, and 2021 marks the fourth straight season – and sixth time in the last eight years – a Trojan has earned Freshman All-America honors.

"Garrett established himself quickly as one of our best pitchers in the fall," head coach Mark Smartt said. "He was consistent throughout the season, which is a sign of his poise and maturity as a young pitcher.