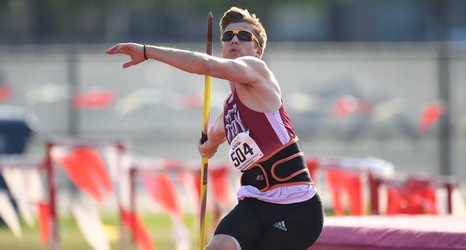 TROY, Ala.- The Troy track and field team has five Trojans heading to Bloomington, Indiana, for the NCAA East Preliminaries from May 25-28, the NCAA announced Thursday afternoon.

Edita Sklenska is the only Trojan representing the women's team in the 800-meter run. The junior is fresh off a gold-medal performance in the Sun Belt Championships that resulted in her being the only Trojan named to the All-Sun Belt first team. Her time of 2:05.01, set at the Crimson Tide Invitational, put her 22nd in the region.

Three throwers carry the NCAA appearances on the men's side in Cole Stewart, Marek Taskar and Javon Osbourne.