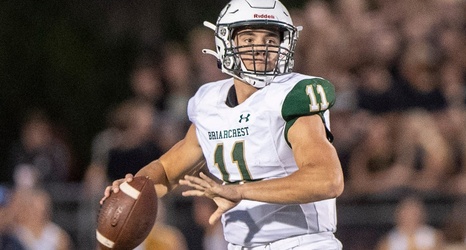 "Excited to announce that I am committed to Troy University Football! #risetobuild #OneTROY," Sherrod wrote on Twitter.

Sherrod, who's entering his senior season with the Saints, led them to a nine-win season and quarterfinal appearance last season. Briarcrest also won a region championship.

He was named to the Commercial Appeal All-Metro football team as well, throwing for 2,325 yards and 23 touchdowns in the air. He added over 500 rushing yards and seven rushing touchdowns.

The Saints open their season at home against Booker T.