You're in deep water, AJ! Oleksandr Usyk swims for FIVE HOURS in gruelling training regime ahead of his rematch against Anthony Joshua, reveals ex-opponent Dereck Chisora... as the Ukrainian bids to retain his world titles 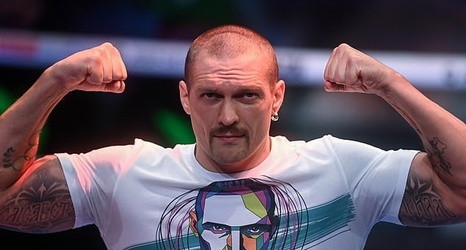 Anthony Joshua knows he is in for a tough fight against Oleksandr Usyk next month - and it looks like the Ukrainian is going to drag him into deep water after it was revealed he swims for up to five hours per session.

Joshua and Usyk will go toe-to-toe once again in their rematch in Saudi Arabia on August 20 after the latter dominated their first bout at the Tottenham Hotspurs Stadium last September - winning via a unanimous decision.

There were fears Usyk would have to pull out of their second fight after his country became engulfed in a war with Russia, with the former cruiserweight champion heading to the front lines to fight for Ukraine.