Worth almost £100m and with Ronaldo on speed dial, Jorge Mendes is one of football's most influential - and elusive - agents... from his days as a failed footballer and DJ to living in luxury, this is his remarkable story 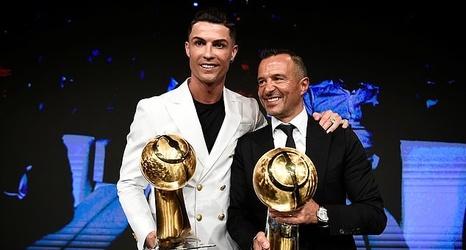 It was one chance meeting in 1996 that changed Jorge Mendes' life forever.

Nuno Espirito Santo, the former Wolves and Tottenham manager, would have been counting his lucky stars after bumping into who is now perhaps the most notorious super-agent in modern football.

Mendes, then aged 30, was a failed semi-professional footballer in Portugal, and then became a DJ, video shop owner and, eventually, a night club owner. Nuno - a goalkeeper trying to breathe life into his career - became his first client.

It was from this point that Mendes was propelled into stardom and all of the perks which come with it, leading him to found Gestifute and work with some of the sport's biggest names, including Cristiano Ronaldo.