'We've done our job!': Eric Dier urges Daniel Levy to back Antonio Conte this summer as Tottenham's star players believe 'it's in the club's hands' to build on top four Premier League finish 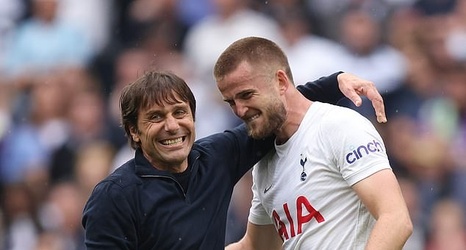 Senior Tottenham Hotspur players are desperately urging the club to back manager Antonio Conte in the summer after they clinched Champions League football on the final day of the season.

The Italian joined the north London side in November after Nuno Espirito Santo was sacked and lifted them into the fourth and final spot for Europe's top competition.

A 5-0 win against Norwich on the final day of the season was enough to see off Arsenal and book a Champions League place, but Conte has refused to commit his future to Spurs.