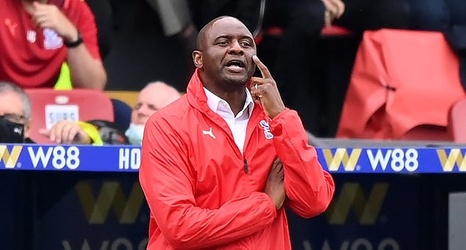 Tottenham fans could be forgiven for having had daily glances at the Premier League table over the two weeks of the international break.

After a summer of unrest, when they feared they'd lose their star man Harry Kane to Manchester City, Nuno Espirito Santo's side find themselves top of the table as the only team to have emerged from the opening three matches with maximum points.

However, the sheer presence of the opposition manager at Selhurst Park in Saturday's early kick-off will bring back horrible memories for the travelling support.

Patrick Vieira may still be cutting his teeth as a manager but his record in England as a player for Arsenal was phenomenal - particularly against their most heated rivals, Spurs.